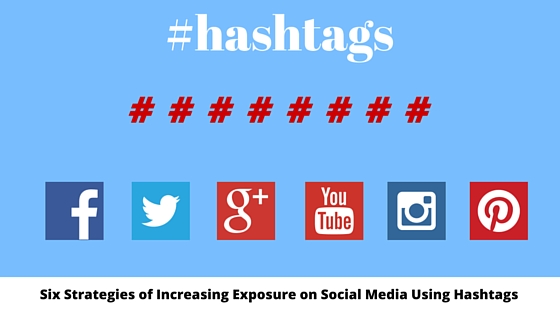 There are several ways you can increase the audience for your social media updates. Using hashtags is one effective way that can give you a considerable audience.

Hashtags are short phrases or keywords that come with the # sign before them. You include the hashtag in the updates you post on social media. Any of your audience who clicks on the hashtag sees other status updates featuring the same hashtag. This article details how you can use hashtags to increase the number of people viewing your posts on social media.

You need to come up with a phrase that is core to the message of your update and use it as the hashtag. Google+ has an advanced system that assesses your update before posting. It does now allow status update without a hashtag and if you omit it, it auto generates one and adds to your post. If you run short of ideas about the hashtag to use, you can feed your post to Google+ and use the one it suggests.

When not sure of whether to use a particular hashtag, click it and evaluate the updates behind it. If the hashtag is filled with unsound updates, it would be appropriate to assume that even the update you make will not get the intended attention.

2. Avoid excessive use of hashtags

3. Note the hashtags used by your competitors

If you are after getting an audience for your status updates, it is important that you note the hashtags used by other social media enthusiasts. You should also read through the social engagements such as comments and shares to evaluate the relevance of hashtags used.

One quick way to get a hashtag is to read through Twitter’s trending topics and formulate a hashtag and tweet from them. Your update should, however, relate to the hashtag. It is, for example, inappropriate to use a hashtag about politics in an update that seeks to advertise products.

5. Look across social networks and note the hashtags used

A simple rule of thumb is that a hashtag cannot be effective in all social networks. Each network has a set of trends. #FollowFriday is, for example, popular on twitter and can do wonders when incorporated in your post. To be the best, you need to check your competitor’s accounts in all social networks to know the kind of hashtags they are using.

6. Evaluate your reach with and without hashtags

You can do experiments to evaluate the effectiveness of hashtags. In the first month, you add hashtags to your updates and note the engagement from the audience. In the next month, you post the same updates and avoid using the hashtags. If there is not much difference on audience engagement, you are probably using the wrong hashtags. You can also use the SumAll’s Twitter search feature that indicates the number of people who see your hashtags, as well as, your most influential competitors and followers.

After a long period of hashtag use and increasing your audience, you should evaluate its usefulness to your business. Sign up for the trial SumAll feature for free and connect with your other accounts on Facebook, Instagram or Google+. All important accounts that facilitate the growth of your business should be connected to the service.

Read through the analytics to determine whether there was growth due to hashtag usage. Evaluate the growth in traffic to your website, as well as, the sales. If you used hashtags appropriately, the figures will tell it all.