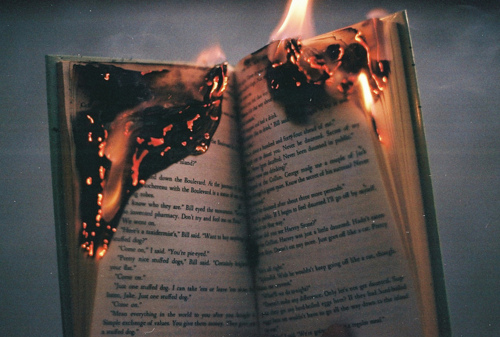 One of my favorite movies recently was “The Book Of Eli.”  If you have not seen it, the general idea was about a man traveling across the country in post-apocalyptic times to deliver a book to the destination that God showed him in a vision.  The premise is that all other similar books were burned after the nuclear war and he had the last remaining one. 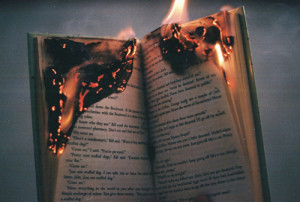 Of course, I’m thankful for the fact that this is science fiction and we do have free access to the Bible (even though I have been reading mine on my iPhone instead of in print for the last several months… Hmmm, something to think about…)

As a child, I remember reading a book “Fahrenheight 451” by Ray Bradbury where he described a frightening vision of the future where firemen did not put out fires, but started them in order to burn books.  People who owned books were outlaws and were arrested and jailed.

The question that came to my mind recently is what will actually happen to books in the future?

Will books become an old memory that people used to have?

I’m not saying it would be for the reasons in the movies and science fiction novels, but instead due to the crazy speed of technological advances.

Do you think Kindle, iPad and other media tablets will make books extinct like the dinosaurs?